“A ship vital to the Federation’s war effort has gone missing. Can you save the crew before it’s too late? And what is it’s precious cargo?”

Torchbearers is a very straightforward episode that reprises a common theme: Starfleet needs your captain to find a missing ship and recover its top secret cargo.

Keeping with the formula, once you find the lost ship its crew is tight-lipped about the nature of its cargo until you earn their trust by helping repair their ship. After you learn the secret, you fight your way to the bridge before beaming back to your own ship for the final battle.

This episode uses stock interior maps with minimal customization. The map choices are appropriate, and I did not observe any pathing or clipping problems. I did see spot where a console wasn’t securely attached to the wall, but the gap was unobtrusive. 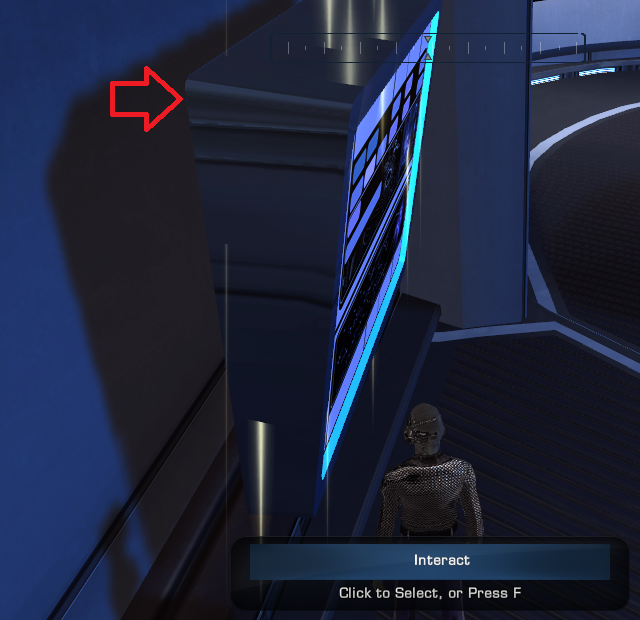 The door location was missing from the mission tracker, but it was visible in the accept dialogue and the Foundry menu.

The script is fairly linear but shows effort and tells a fun, setting-appropriate story. The author did a good job using actor dialogues and animations to add a sense of life to the rooms on the map. The roleplaying segments did not contain any branching dialogue. I observed a small number of grammar issues with the script, mostly involving incorrect usage of ‘it’s.’ I observed two spelling errors and one punctuation error in the script. 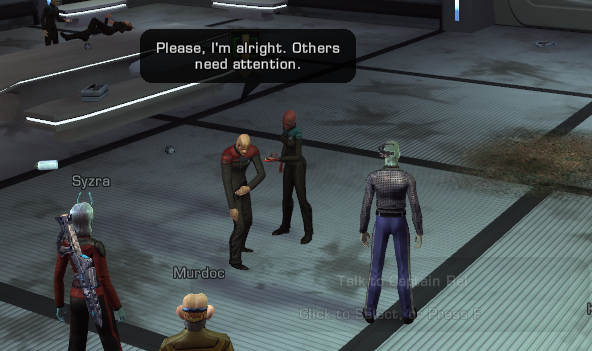 The script contained a nice touchstone on the Star Trek: Elite Force game that fit well into the story.

The roleplaying segment contained one objective that required repetition. Your captain must perform the same task three times at different interact points. I didn’t see a compelling story reason for the repetition, but the interact points were close together in logical locations.

Combat was appropriate and well-paced. I fought four space groups and four ground groups; one of the ground groups contains a captain-rank character. The placement of the combat encounters was logical and flowed well with the map objectives. The overall challenge level was low, though the ground segment did contain one area where you fight two groups at once.

I enjoyed Torchbearers and didn’t notice any serious defects that interfered with gameplay. From the baseline score of 64, this episode lost 4 points each for grammar errors and for not identifying the starting door in the mission tracker. The episode gained 9 points because it was fun to play, for a final score of 65.

This entry was posted in Uncategorized and tagged Final Rating, NPC. Bookmark the permalink.
Bear