We’ve found a system used by the Tal Shiar to refit vessels. Its time to pay them an unexpected visit.

‘Turkey Shoot’ is a challenging, action-oriented episode that did a good job testing my abilities without completely overwhelming me.

Note that I don’t call this episode an EC grinder. EC grinders have a few important characteristics:

‘Turkey Shoot’ has none of these characteristics. That’s neither a good thing nor a bad thing – it’s just different. Another thing that’s different about this mission is where it starts. Many action missions start at the computer terminal outside the ESD transporter room or another major hub like Deep Space 9. This episode starts on New Romulus, an area that has far fewer Foundry missions for players to choose from.

The episode does not identify the starting door in the mission tracker.

The single map for this mission has some basic but well-placed set dressing, which adds some life to the environment during the battle.

And the battle is definitely what this episode is about. To complete the mission, your captain must fight 25 enemy groups ranging from frigates up to battleships. I found the combat challenging without being frustrating, and had to use all my abilities to overcome the challenge.

This episode only has a minimal story to explain the scenario for the battle, but it was nice to see the author took the time. Many action missions don’t try very hard to fit into the setting, and I think it makes them less enjoyable.  I did notice several punctuation errors related to the use of apostrophes, but spelling and grammar were fine and the instructions were clear and easy to understand.

‘Tal Shiar Turkey Shoot’ lost 8 points for punctuation errors and for not listing the starting door in the mission tracker. However, the well-designed combat scenario earned it 9 points for challenge. This episode earned a final score of 65 points out of a possible 100. 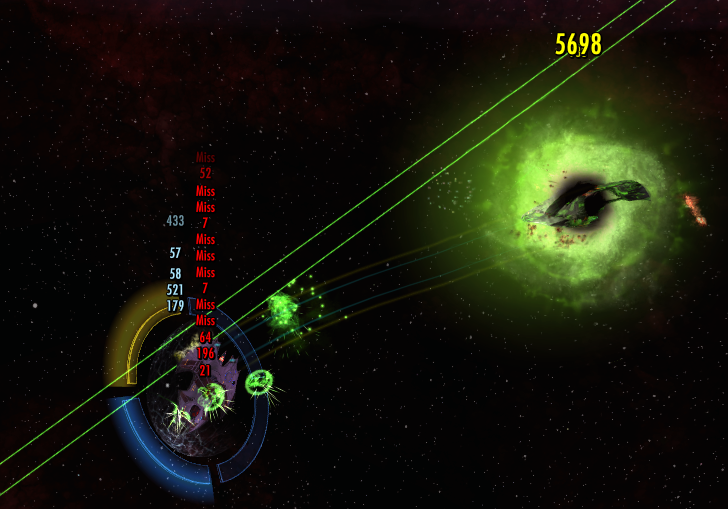