A Starfleet officer who once defected to the Klingon Empire has made contact. Now seeking to switch sides again, this two-time traitor allegedly has knowledge of a powerful foe that threatens to not only destroy the Klingon Empire but everything else in their way.

Sometimes a story tries to do too many things and ends up not really doing any of them. ‘Traitor’s Tales’ tries to combine many storytelling elements in an ambitious way, but still needs to some work to be fully successful.

This episode has a strong introduction that makes good use of the Foundry tool kit. The first map is populated by many NPCs with interesting optional dialogue. The author uses limited branching dialogue to let players read the background information in manageable chunks. The mission briefing is clear and the scenario harkens back to several TNG episodes that dealt with similar themes.

The first map is also where we see the first signs that the script might be trying to go in more than one decision. While the briefing is “strictly business” and doesn’t at all hint at parody (indeed, it goes down a slightly dark route with Starfleet apparently not dealing with the defector in good faith), the optional dialogue breaks the fourth wall by referencing another science fiction franchise and alluding to out-of-game MMO slang. 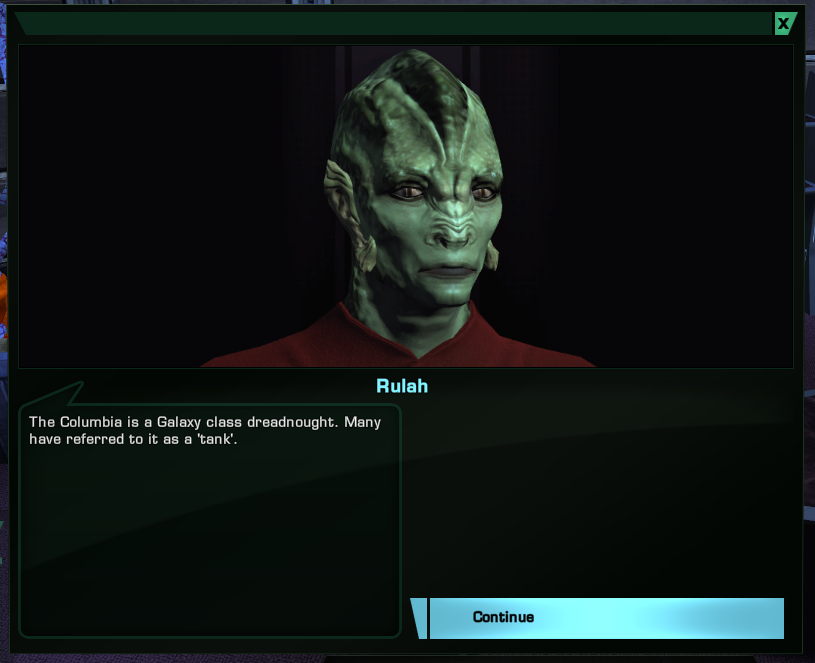 Neither of these dialogues are game-breakers, but they do chip away at the suspension of disbelief that is important for achieving immersion in the story. The next scene similarly challenges the suspension of disbelief by – without explanation – having a Federation carrier represent the sole survivor of a Klingon task force. Wouldn’t a Vo’quv have made more sense? What’s more, once onboard the ship all the interiors use Klingon geometry. 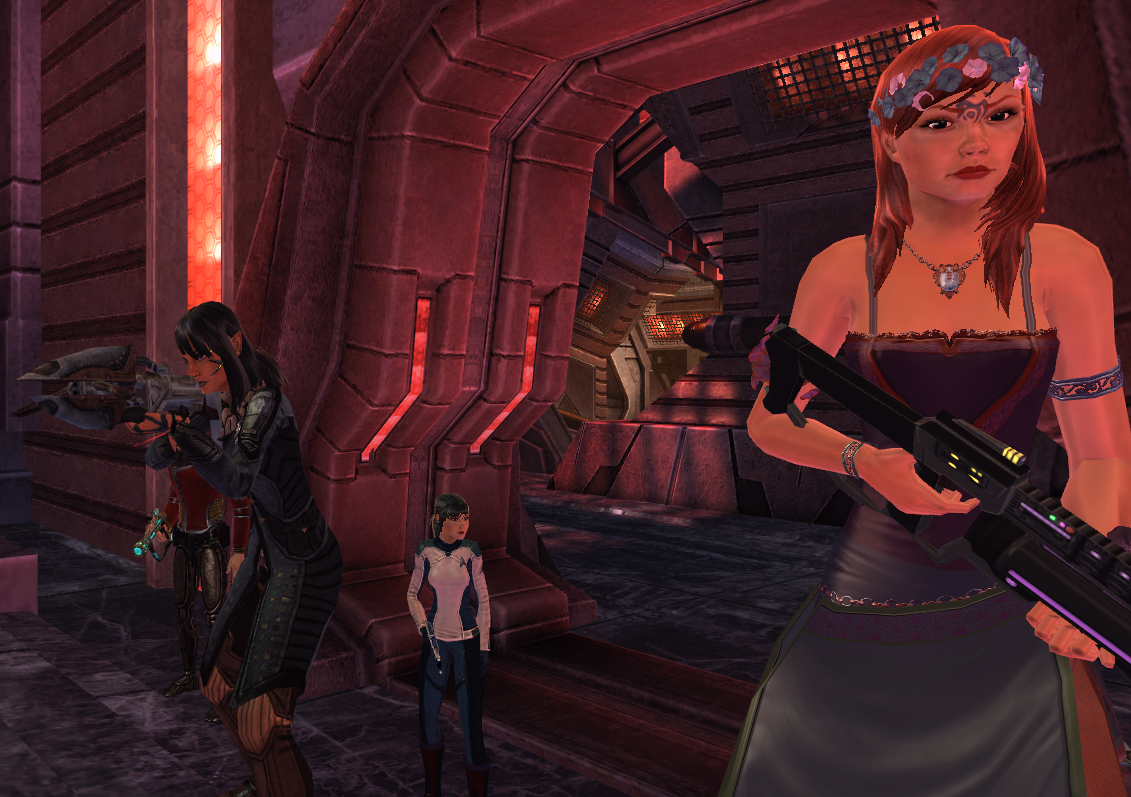 Within that Klingon geometry, the author did a very good job with set dressing and paced the combat well. The final fight on the bridge was challenging as well, though I couldn’t participate since the spawn placement caused my character to start inside a wall. Fortunately, my fleetmate Asharra was with me and completed the scene.

The planet map also had good set-dressing, but by this point the story was not making a lot of sense. Not only did the Klingons passively land on their planet, but once planetside I felt as if some dialogues had been omitted from the script. Based on some of the later material, I suspect the author intended players to infer certain plot points without prompting, but I don’t think this is always the most effective narrative technique. 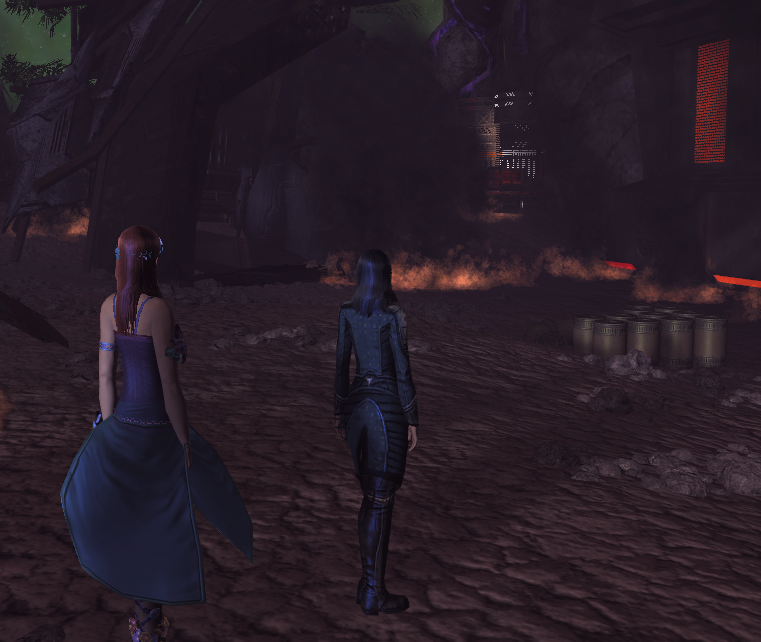 The planet map also had some design challenges related to repetitive actions. At one point the plot calls for you to carry out three identical interactions are points located in the corners of the map. This results in the player spending a large amount of time moving through dense terrain but not really doing anything. The author could have made this segment more effective by adding in interacts, combat, or other things to distract the player.

The final map felt a little rushed. Not only did it lack the extra attention the other maps received (no NPCs in the corridors for example), but the main dialogue ended very abruptly. I think this was another case where the author expected you to fill in the ‘big reveal’ with your memory of the KDF story missions and your imagination, but I really wanted to hear the reveal in the final contact’s own words.

This episode also had a couple of technical defects. I observed one dialogue where a sentence appeared to be missing a verb. As I mentioned earlier, my character spawned in geometry during the bridge fight. The first interior ended with a “go to next map?” placeholder dialogue, and the starting door for the mission does not appear on the mission tracker.

‘Traitor’s Tales’ shows a lot of potential, but feels more like a beta version than a final product. With some work, I think the author could develop this episode into a really solid Foundry experience. I’m looking forward to seeing future revisions of this mission – especially as the author fleshes out some of the unexplained details to create a richer story.

Special thanks to @shuraivonvna from Tactical Group 90 for joining me on this mission!