Strange readings, blown up planets and the Borg. A volatile mix where you are needed to investigate what has been happening lately.

“Collectiveness Strikes Gold” is a well-structured mission with excellent map design and an interesting story. While the episode struggles with some formatting and composition issues, it dodges many common design problems and provides a fun and action-packed experience.

The place where this mission really shines is map design and gameplay flow. The space map has lots of detail and uses volume effects to add motion to the background.

The mission tracker does not identify the starting door for the mission (though the accept/decline dialogue and the Foundry menu do).

This episode uses a stock map for the interior, but integrates great set dressing to customize the map and fit it to the story. The interior map also features good use of camera shake and trigged explosions; I particularly liked how some of the explosions spawn debris on the map, creating the illusion of a deformable environment.

The first act of the space map involves repetitive non-combat actions (7 reps) but does a good job disguising the action by using different skins for the interact points and changing the descriptions of the interactions on the mission tracker.

Similarly, the ground segment uses one of my pet peeves: switchbacks. However, by adding environmental effects like explosions and camera shakes, the map creates a sense of continuing action while your captain runs back to earlier areas. The map itself helps here, since its twisty corridors help disguise the backwards movement. 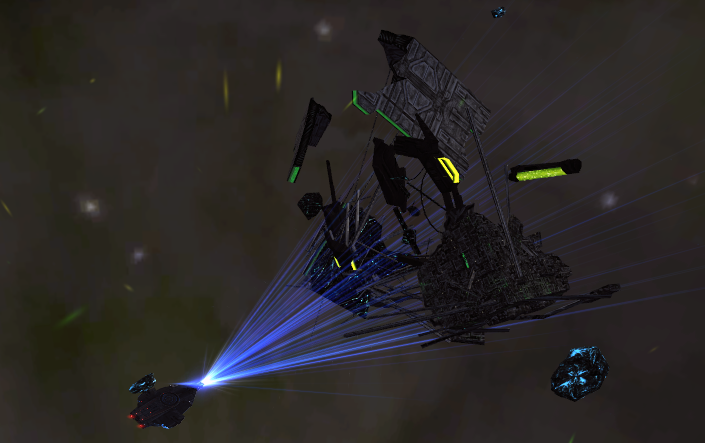 Combat was well-balanced with an appropriate number of enemy groups. The ground combat segment only included one captain-rank group. Both space and ground used multi-group attacks to create more challenging scenarios, and the final space battle included three enemy groups as well as several allied ships. 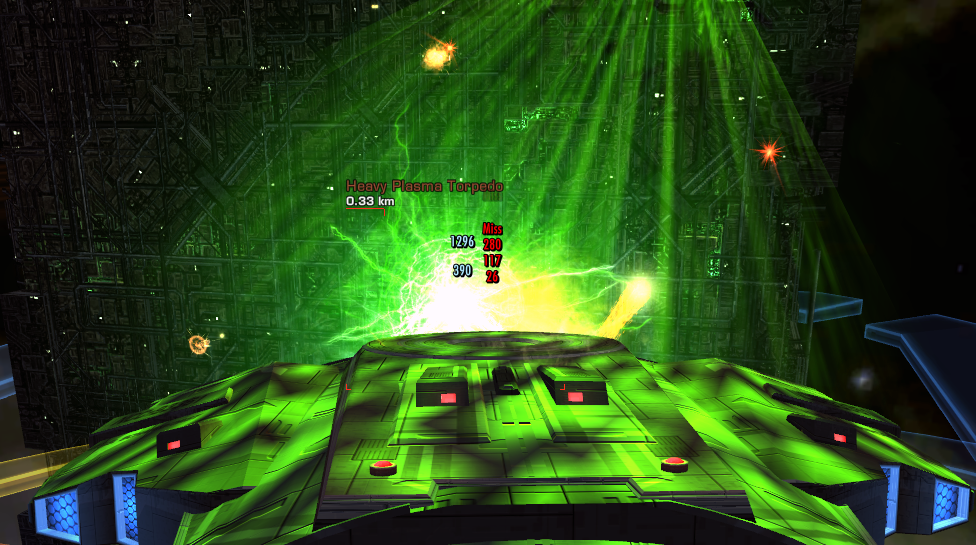 This mission has some weak spots as well. There are many spelling errors and a smaller number of punctuation errors throughout the mission. While these didn’t detract from the fun of the mission (I could still follow the plot and all the instructions were clear), they were noticeable and sometimes distracting.

This was mainly an action-adventure episode with only limited roleplaying. There were two branching dialogue options, but otherwise the script was linear. 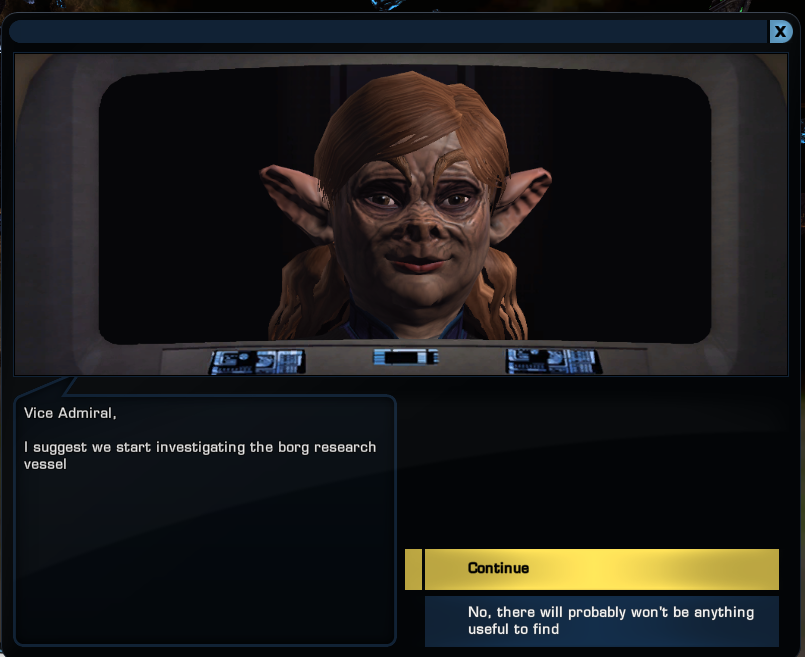 From its starting score of 64, this episode lost a total of 12 points for spelling, punctuation, and not identifying the starting door on the mission tracker. However, the mission also gained 18 points for innovation and fun. The final score for this mission is 70 out of a possible 100.